Helen was first elected in 2015 and returned with increased majorities at the 2017 and 2019 General Elections.

Helen is currently Minister of State for Social Care in the Department of Health and Social Care.  She previously served as Minister for Arts, Heritage and Tourism in the Department for Digital, Culture, Media and Sport (DCMS). She has previously been Deputy Chair of the Conservative Party and Vice Chair for Women, as well as serving at various times as Parliamentary Private Secretary to the Party Chairman, the Secretary of State for Education and the Department of International Trade. Helen served on the House of Commons Health Select Committee from June 2015 to May 2017, and formerly chaired the All Party Groups for Mental Health, and Fruit and Vegetable Farmers.

Previously Helen ran a business unit at AOL Time Warner, negotiated deals for AOL Europe and trained as a management accountant at PricewaterhouseCoopers.

Alongside her career, Helen has worked with several charities as a volunteer and advisor, and been a school governor.

In 2010, Helen stood for parliament in Kingston & Surbiton, gaining a Conservative swing of 2.4%. During a three-year campaign she worked hard for the community, getting things done locally (like more places in primary schools) and decisions made nationally to help the constituency.

Helen grew up in Surrey, near Reigate. She was educated at schools in Surrey and London, and read PPE at Oxford University.

Helen is married and has three children. 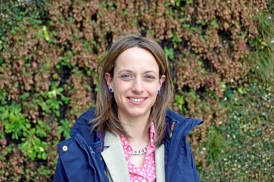