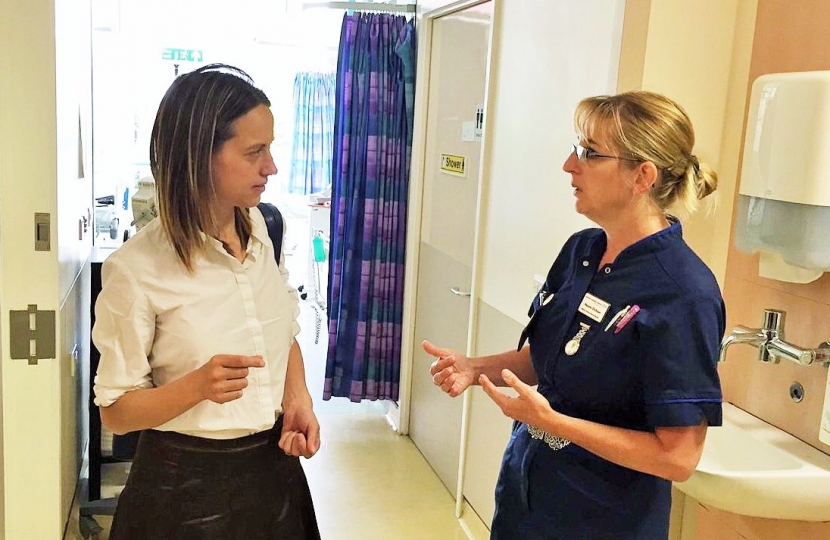 Helen Whately has stepped up her campaign for a new medical school for Kent.

The Government has committed to training 1,500 more doctors a year in England, and Helen has taken this opportunity to make the case for a new medical school in Kent.

The Government is currently running a consultation to determine where the new doctors should be trained. Writing to the Secretary of State for Health, Helen urged the Government to make the new training places available in areas that do not already have a medical school, and where more doctors are needed. She said that new medical schools should be given enough time to establish themselves, rather than rely on existing medical schools to provide new training places.

She also explained that a new medical school could help hospitals in Kent that are struggling to recruit senior doctors: “Graduates are more likely to consider a career in the area where they went to university, or where they grew up. Senior doctors are attracted to hospitals that offer them the opportunity to carry out research and teaching. This disadvantages areas of the country that do not have medical schools, like Kent, where attracting senior doctors has been a challenge for some time.”

Helen says: “We are going to train 1,500 new doctors a year – the largest single increase in doctor training places in the history of the NHS. I want some of those future doctors to study at a new medical school in Kent.

We know that part of the reason Kent & Canterbury hospital is under pressure is that it’s struggling to recruit senior doctors. We need to make sure the best doctors want to come and work here, and a medical school would increase the appeal of Kent as a place to build a medical career.

A medical school would be a boost for the East Kent economy too, especially the life sciences sector.

I made these points in my letter to the Secretary of State, and as my response to the Government’s consultation. Now’s the time to make the case for a medical school in Kent”.