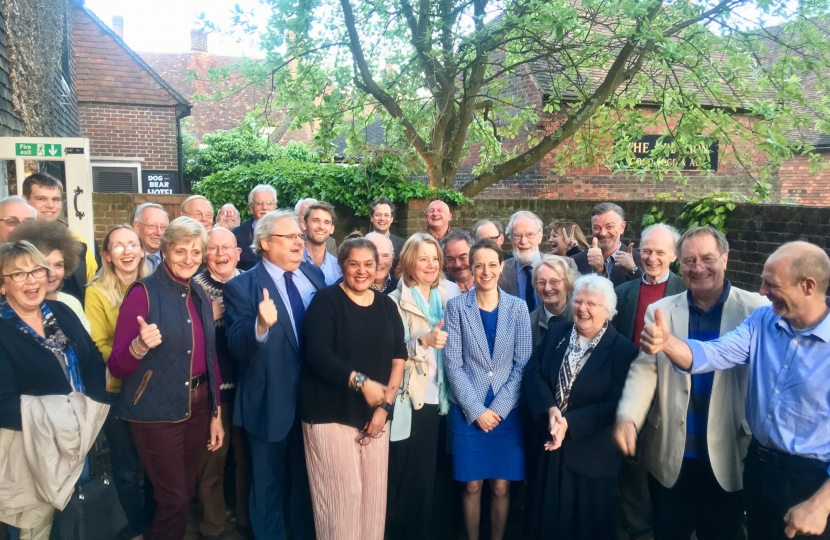 Last week Helen Whately was re-selected as the Conservative candidate for Faversham and Mid Kent constituency in the upcoming general election. The members of the association voted unanimously to give Helen the chance to continue all her great work in the constituency. After the vote, Helen gave a speech in which she outlined just some of her achievements to date and the work she hopes to continue if she wins on the 8th June.

'I'm delighted that I'll be standing for election again as Conservative candidate for Faversham and Mid Kent, and thank you to everyone who voted for me.

Now is absolutely the right time for this election, to give the Prime Minister a clear run for negotiating Brexit and a strong mandate. Both of those things will mean a better deal for Britain.

I’m looking forward to getting on with the campaign. I’ve only been MP here for two years but even so, I’ll be campaigning on my record. I’ve worked hard and I’ve got things done, like getting £250 million to fix Operation Stack, two new schools funded for Maidstone, faster broadband for over 8,000 homes and businesses, and Brenley Corner earmarked for a major upgrade.

And I’ve responded to over 21,000 letters and emails as well as hundreds of phone calls and doorstep conversations. The best thing about being an MP for the last two years has been being able to help people day to day.

But there’s much more to do, and if I’m re-elected on 8th June I will press on with all these campaigns – making sure we get the two new schools built along with fairer funding for schools, arguing for more investment in roads and faster, more reliable trains; getting a ban on lorries parking in lay-bys; and standing up for local GPs and hospitals.'

If you would be involved in the campaign and help Helen win back her seat, click on the 'Get Involved' tab or send an email to helen@helenwhately.org.uk