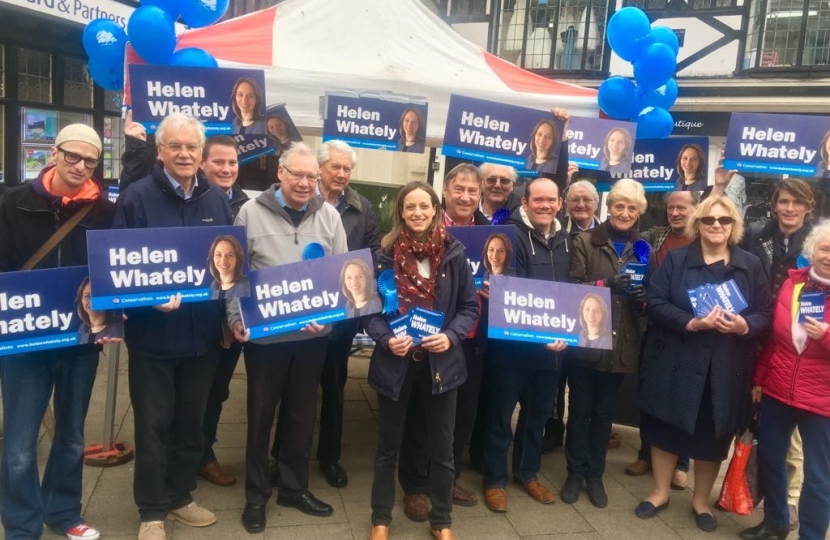 Local people came out in force to show their support for Helen Whately, Conservative candidate, at an event in Faversham to mark the launch of her campaign.

Since she was elected in 2015, Helen has gained a reputation for working hard and being a strong voice for her constituents.

She is campaigning for: more good school places; more reliable trains; better broadband; investment in roads and a ban on lorries parking in lay-bys; development that creates housing without harming the countryside, and support for the NHS and Social care.

Helen says: “It’s an honour to have so much support from local people and such a good turn-out for my launch.

I’m looking forward to getting on with the campaign, talking to people and standing up for the things that matter to people in Kent. I’ve only been MP here for two years but even so, I’ll be standing on my record. I’ve worked hard and I’ve got things done, like getting £250 million to fix Operation Stack, two new schools funded for Maidstone, faster broadband for over 8,000 homes and businesses, and Brenley Corner earmarked for a major upgrade.

But there’s much more to do, like securing the future of Kent and Canterbury Hospital, making sure we get the two new schools built along with fairer funding for schools, arguing for more investment in roads and faster, more reliable trains.

If I am re-elected on 8 June I will continue as I have started, working hard, listening to people and fighting for Faversham and Mid Kent.”