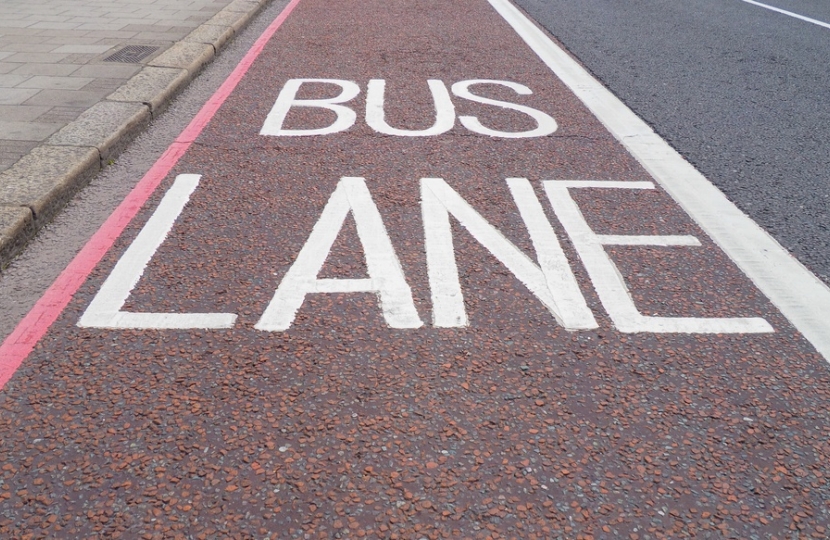 Helen Whately has called for investment in roads to beat traffic around Maidstone.

Mrs Whately says that a proposed new bus lane on the A274 is not the answer to the terrible traffic around Maidstone.

Plans for a new bus lane were announced shortly before bus operator Arriva revealed that it will be cutting back number of its services, and stopping some altogether. Langley village, which has seen around 3,000 homes recently built or in the pipeline, will have a key service withdrawn. Arriva cited falling passenger numbers, and delays to services caused by traffic as the reasons for the changes.

Mrs Whately has pointed out that increasing capacity for buses at a time when the main commercial operator does not think people will use them doesn’t add up. She has called for a full rethink of the roads strategy with all options – including a Leeds-Langley relief road – on the table, in a letter to the Planning Inspector following his inquiry into the Local Plan.

Helen says: “Terrible traffic is making life a misery in Maidstone and surrounding villages like Langley, Bearsted and Downswood. Too many people tell me the daily grind of sitting in long queues, being late for work and delayed getting home is becoming unbearable. At the same time, important bus services are being withdrawn from growing villages like Langley. We need a proper strategy to tackle congestion and improve our roads.

I don’t think a new bus lane on the A274 by itself is the answer. The reality is that people with busy lives will take the quickest route - the fact that Arriva are seeing falling demand for its services suggests that’s not always the bus. Many of my constituents have told me they don’t see the point of a new bus lane when traffic on that road is so bad and people aren’t using the buses.

I’m concerned that the views of residents are not reflected in the Local Plan, and I’ve challenged the Planning Inspector to rethink his proposals. I want him to reconsider all options for our roads, including a Leeds-Langley relief road.

In the longer term, more people using buses more often is probably part of the answer for Maidstone's traffic problems – but first we need investment in the roads to tackle traffic and reduce journey times. That will make the bus a better option for getting around - but a bus lane alone won't solve the problem.”